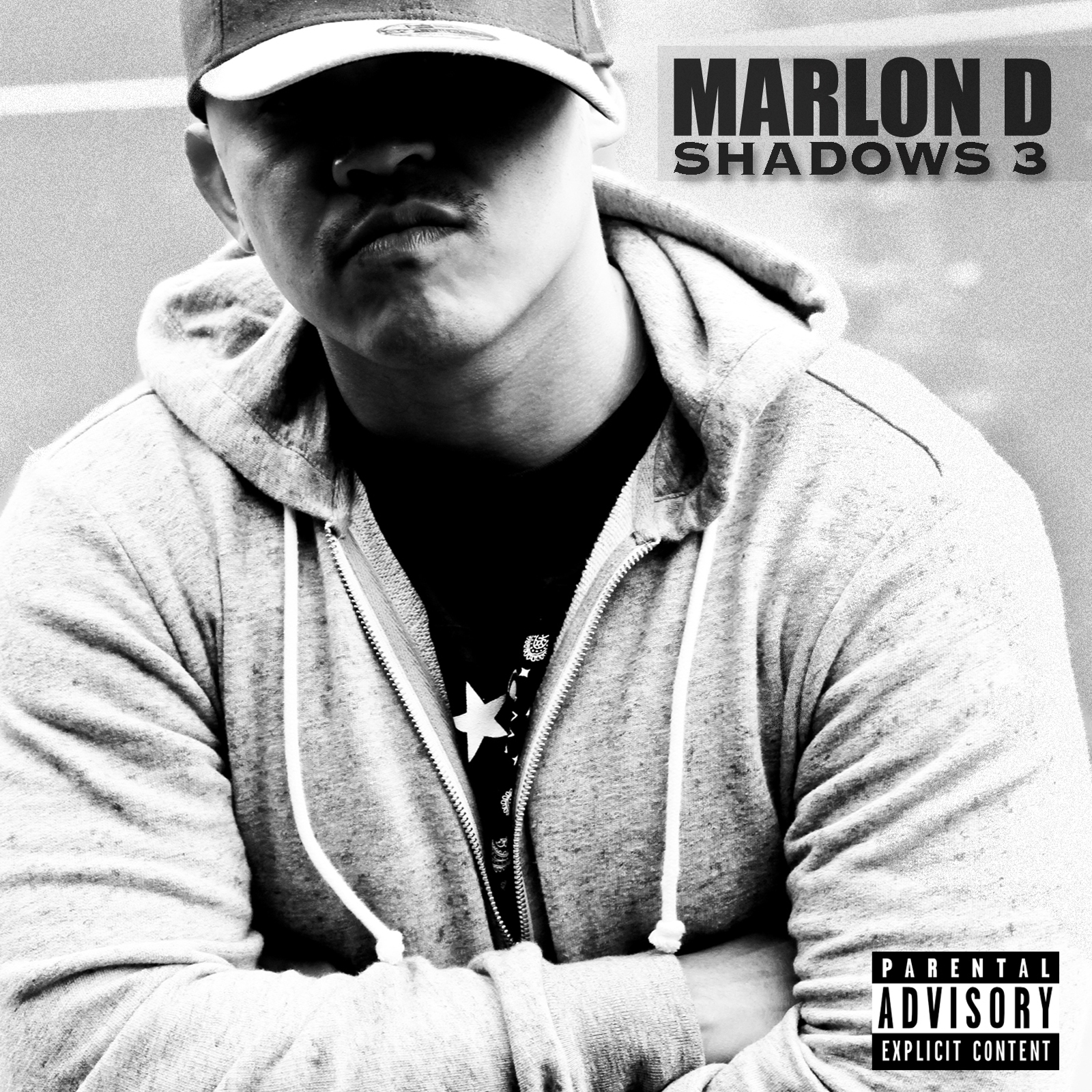 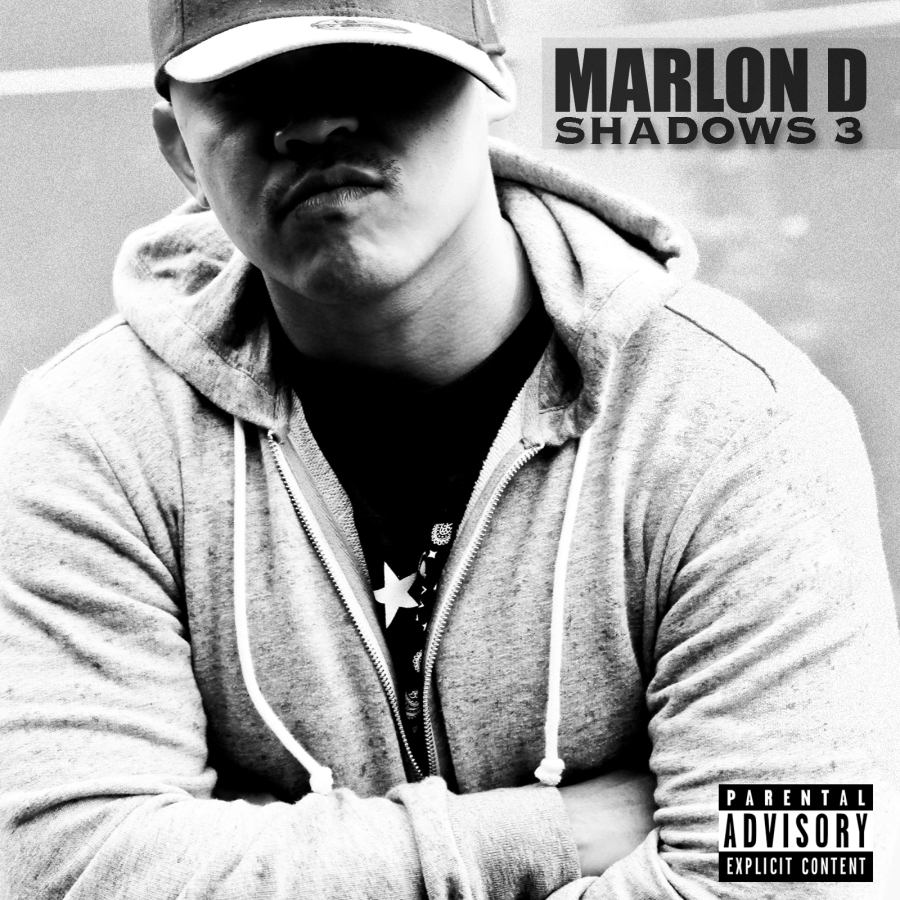 An album by Marlon D.

Listen to “Shadows 3” by Marlon D

Marlon D hails from the west coast, which can be heard in his music. He is a pretty versatile emcee with a contagious delivery and a knack for maintaining a timely flow on nearly an style of instrumental. Shadows 3 is his 9th complete album, and the final project under the Shadows title. Will he give us an album that leaves us impressed, or force feed us an album we don’t want to digest? Let’s find out. 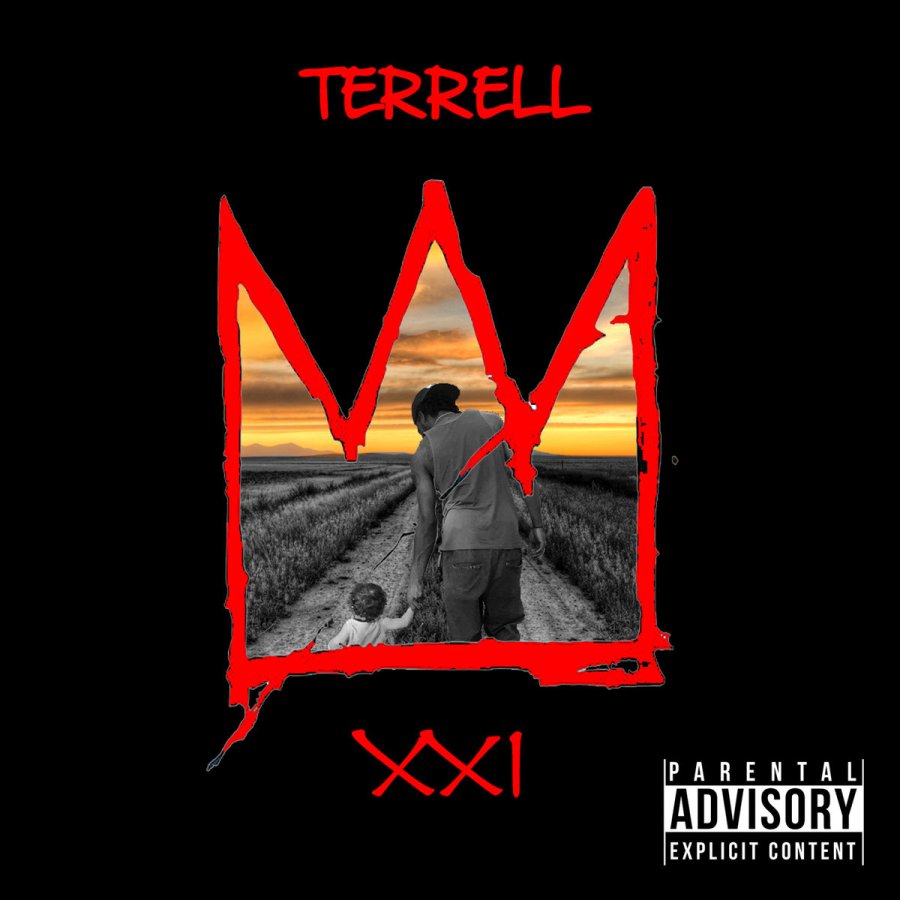 Get your copy of XXI by Terrell here.

First track opens with an instrumental that carries a Golden Era feel to it. Marlon D so many subjects it’s hard to get a feel of what the content of this album will include. Despite being slightly off with a few multiple syllable rhyme schemes, he’s able to maintain a rather fluid flow and has confidence in his delivery. Not a bad way to kick off Shadows 3.

It seems like the timing of his verses are out of sync with the hook that’s built into the instrumental. The hook, by the way, consists of one line being repeated with hopes of it sticking in the minds of listeners. It’s hard for that to happen, though, when Marlon D is spitting bars over the hook and pausing for breaks between verses before the hook ever begins.

Marlon D uses a hook fitting for an anthem over an instrumental that doesn’t have an anthem feel to it. Maybe I’m just saying that because I’m not a fan of this instrumental. His flow becomes a little choppy during the course of the track, which also takes away from the song for me.

Marlon D touches on a few political and conscious topics during “Wake Up” but he also blends some random lines into the verses. The hook is actually pretty catchy on this one. The instrumental picks everything up and is likely to get people moving to the music. Marlon D keeps his flow on point and continues to bring a confident delivery with each verse.

In my opinion, the hook for “Raw Shit” would be more fitting for a lyrical track instead of a track with conscious lyrics. Several good points are brought forth from the verses but with so many directions it feels like Marlon D doesn’t have any direction, which seems to be a reoccurring thing on the album so far. “Fuck this rap shit, I’m a fan first”? Seems a little bit of a contradictory statement, and fans are likely to shy away from songs with lines that aren’t clear messages.

6- Top of the Morning

“If music is an art then why we trying to sell it?” Well, are artists supposed make art and not sell it? This is just one example of a line that leaves me confused, and there are several throughout this album. Again, Marlon D’s confidence in his delivery is where it should be, and the timing of his flow is on point. Again, he doesn’t really follow a topic but decides to touch on a lot of different subjects, which is fine on a track every once in awhile but to do it on nearly every track just makes everything sound the same to a degree.

The concept here might be a positive message for listeners, but I feel the presentation just isn’t a match for hip hop fans. I just can’t fathom a hip hop crowd at a show singing along with “I ain’t trying to get a DUI tonight”. On the plus side, Marlon D sticks with the subject at hand throughout the majority of the track and chose an instrumental that entices people to nod their head. Not a bad addition to the album, but I feel a little adjusting is in order for this one to catch on.

Definitely one of the strongest tracks of the album, “Hip Hop Society Cypher” brings a nice change of pace to Shadows 3 at the right time. Nasty Nelo opens the cypher with some solid multiple syllable rhyme schemes and a few well-placed punchlines combined with a well-timed flow. Marlon D jumps onto the track next, attacking the track with some nice multiple syllable rhyme schemes of his own and a quicker pace in his delivery than has been showcased in previous tracks. Rufio has an interesting sound to his lyrics upon delivery, which is good when you’re wanting to stick out among a crowd of emcees. I like how Rufio changes up the rhyme schemes while maintaining a smooth flow as he drops his bars. Crow Flocks closes out the cypher with two distinct pitches to his voice as he spits his lines. Personally, I prefer for him to stay away from the “whiny”-sounding delivery and use the delivery where he brings more bass in his voice. Crow Flocks’ verse is pretty much on par with Marlon D and Rufio, but Nasty Nelo easily has the best verse of the track.

I’m feeling this beat. The horns bring the music to life. Marlon and Know Big Deal drop verses on some real life issues mainly centered around those in poverty. There’s no hook here, just bars of imagery integrated in storytelling fashion (Marlon) and in-you-face rawness (Know Big Deal). Definitely a dope addition to the album.

This instrumental sounds really familiar, and definitely feels like I’ve heard some Dipset members drop bars on it before. The hook sounds familiar as well, and it is the third or fourth hook that seems to be patterned after a big name artist’s previous lines that became popular. Maybe Marlon D is paying homage to the old school cats by doing this. This seems like the longest track of Shadows 3. I’m pretty sure I heard the hook come around five times. Marlon D speaks on all kinds of things, mostly centered around his life. “Wrong Or Right” is a pretty solid addition to the album.

This is another track in which the lyrical content doesn’t really pair well with the instrumental. Marlon D spits some clever lines and does well inserting imagery into his bars. He also shares some personal information during the course of the song. His flow does get a little choppy. This track is likely to be a hit or miss with listeners.

I’m noticing his hooks are beginning to lose steam as it seems Marlon D doesn’t have much passion or enthusiasm as he delivers the lyrics. Marlon D has a more precise direction with “Don’t You Worry”, which will definitely add to the track’s appeal for the audience.

On “Cry” we are presented with another hook-built-into-the-beat instrumental. The content tells of a former relationship Marlon D had with a female he truly cared for, but seemed to be doomed from the start due to both people being in rough patches of their lives. It’s hard to tell if he truly feels bad about losing her or if he is more upset about not having her body at his disposal, though. Either way, “Cry” is a nice change of pace and good addition to Shadows 3.

“Leave Me Alone” is a track used by Marlon D to bring a more personal side of himself to the audience. I feel Marlon D is able to connect with listeners easier when he presents himself in this manner instead of when he goes for an all-lyrical style of track. The hook depends on repetition to resonate with the audience, but doesn’t come through the speakers in annoying fashion. “Leave Me Alone” is another solid track for Shadows 3.

Another track influenced by Marlon D’s personal life, with another hook that leans on repetition for staying power with listeners. Spitting bars about real life with imagery in ways the audience can see the picture Marlon is painting is definitely a plus, helping him continue connecting with the audience. “I Wonder What’s Real” doesn’t seem too far separated from “Leave Me Alone” in several ways, which doesn’t help the track truly stand out.

Back-to-back repetition with the hooks is not going to be as effective with the audience as Marlon D hopes, especially when the hook presents a question such as “Shit is real out here; I wonder if it’s real out there?” is asked over and over. What does Marlon mean is it real out there? Where exactly is there? Political and religious issues are brought forth on “Flying Locusts”, but without a centered subject. There are a couple times when Marlon D seems to get a little choppy with his flow, which has not happened too many times on the album. In my opinion, “Flying Locusts” falls short of the bar set by the last few tracks.

I like the horns the come through the instrumental for this track. Also, the hook has appeal for the audience without the repetition, which couldn’t come at a better time for Shadows 3. Unspoken is a welcomed addition to the album, bringing a fresh sound to the vocals, solid content, and an entertaining delivery that vibes well with the music. Overall, Marlon D and Unspoken come together for one of the strongest tracks of the album.

The outro for Shadows 3 mirrors what I said a few tracks ago- Marlon D connects with the audience better when sticking with personal issues and angles than he does when going with an all-lyrical style. Halfway through the outro, the beat switches and Marlon D uses the switch up to revert to an all-lyrical approach. While spitting his lyrical bars, Marlon D says “Weed so strong I don’t got road rage”. His punchlines simply do not hit as hard as he is expecting them to hit. Anyhow, the outro pretty much displays Marlon’s abilities as a conscious emcee and as a lyricst on Shadows 3 in summarized form.

WELCOME TO MY MIND LP 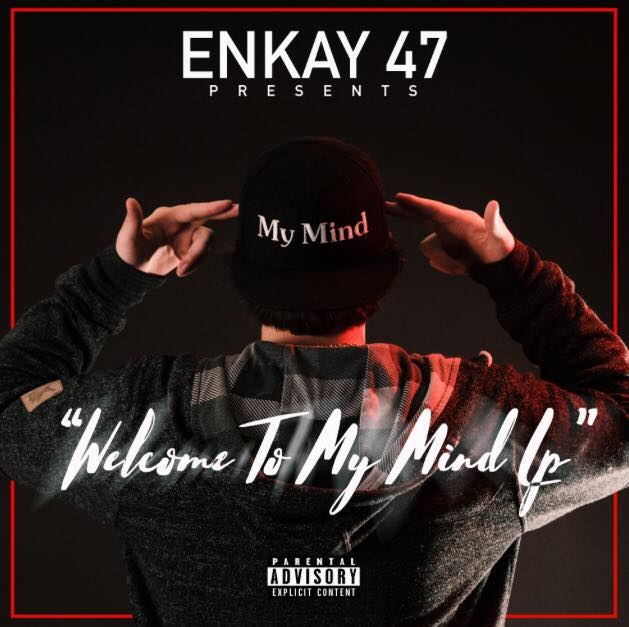 Get your copy of Welcome To My Mind LP by Enkay47 here.

Marlon D has some ups and downs during the course of Shadows 3. Truthfully, I feel Marlon D would benefit greatly by paying a little more attention to the details of his lyrics and making sure his punchlines connect with force if he is going to take a lyrical route. During the majority of the album, Marlon D’s flow and delivery stay on point, but there are also a couple of times his flow doesn’t come through the speakers quite as smooth and his delivery lacks the confidence that makes it so appealing for listeners. Another idea that Marlon D might want to consider is deciding on an overall theme or topic for an entire album and making sure to keep that overall theme or topic in mind with every track he writes. That could be useful in bringing the tracks together in a more suitable fashion for the audience. Shadows 3 isn’t a bad project, but in several ways it still sounds like a project instead of a polished album. 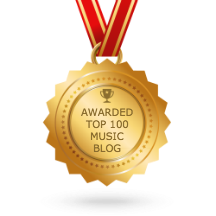 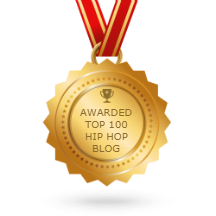